“Austria’s winegrowers are already extremely busy with this year’s harvest. After an economically challenging year in 2020, they are looking forward to a good vintage”, stated president Johannes Schmuckenschlager of the Austrian Winegrowers’ Association, with regard to 2020.

He added: “Especially in this difficult Corona year, we are appealing above all to vendors who have benefited from the crisis, and to the grocery trade, to pay appropriate and cost-covering prices for grapes. A sense of national solidarity is necessary, particularly this year, in order to lead the entire sector together out of the crisis. Due to the weather during the vegetation cycle, the harvest is taking place somewhat later than in the years before. Similar to last year’s harvest, a slightly below-average volume of 2.3 million hectolitres is expected this year”.

Downpours and hail in places

A few very cold nights led to a somewhat delayed budding of the vines in some regions, though after that, there were no more temperatures below the freezing point. April then brought a significantly high number of hours of sunshine, which enabled the vines to develop rapidly. Flowering was complete in most regions with most varieties by mid-June.

After a very dry winter and spring, significant rainfall finally followed after flowering. The summer months brought many hot days, but they were repeatedly interrupted by rain. Winegrowers had to be very careful with this, as the danger of fungal diseases was omnipresent.

In some localities, Austria also experienced extreme precipitation in the form of heavy rains with hail. Unfortunately, vineyards also suffered from localised hailstorms during the ripening period, most recently in the Danube region. Thanks to the rainfall, however, the vines mostly enjoyed stress-free development; with attentive cultivation, mostly healthy grape material can be expected. (Note: updated on 30.09.2020: ‘mostly healthy’ instead of ‘very healthy’) 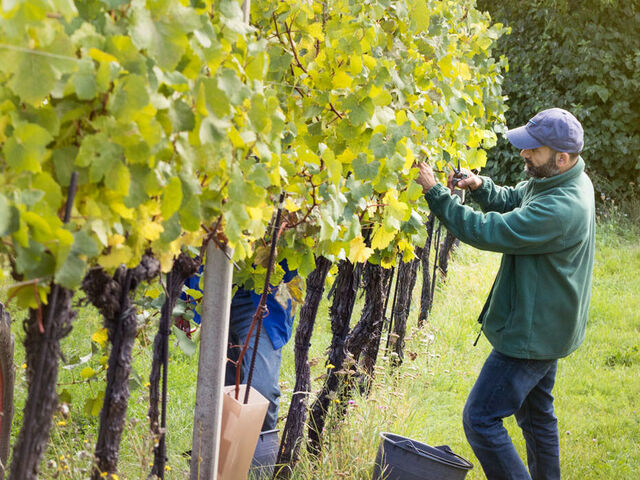 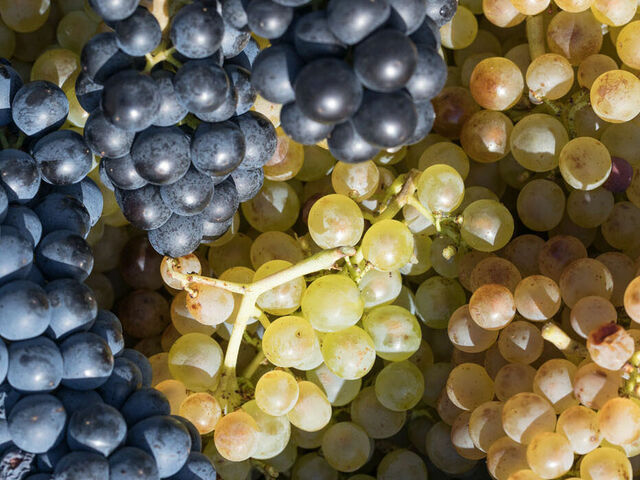 Compared to the early harvests of recent years, this year the clusters are ripening somewhat later, which actually corresponds to a “normal” point of maturity. Due to the retarded ripening in this period – already with cooler nights – the 2020 vintage promises not only high sugar concentrations but also a sufficient level of acidity. As a result, very fruity and harmonious wines can be expected this year, which, similar to those from the 2019 vintage, will be long-living and quite cellarworthy.

Based on the estimates of the individual winegrowing regions, this year we can expect a harvest volume slightly below average. Due to the delayed budding, some buds were missing, and in some vineyards coloure (shot berries) in the clusters could be observed.

Due to the rainfall, it was necessary to establish a loose foliage canopy in order to create a well-ventilated grape zone. This made it possible to ensure very healthy grape material almost everywhere. Winegrowers are now hoping for a dry, warm autumn in order to be able to bring in fully ripened and harmonious wines.

Harvesting starts from the first half of September

Apart from early picking for grape juice and Sturm (partly fermented grape juice) production, the harvest around Lake Neusiedl began in the first half of September and in many other regions around mid-September. In most regions, the primary harvest will take place in late September and early October.

Update: a cool & damp ending to a warm September

According to the Central Institute for Meteorology and Geodynamics (ZAMG), the month of September showed two vastly different faces. There were – particularly in the east of Austria (where the grapes grow) – between two and three times as many ‘summer days’ (over 25°C) as the long-term average. And the country as a whole enjoyed 15% more hours of sunshine than usual. But then toward the end of the month, September showed its other face, thanks to a cold air mass that brought 22% more precipitation than average.

Austria’s winegrowers were obliged to take to the vineyards in order to keep their plants and grapes healthy. In some places – to be on the safe side – certain varieties were given priority in harvesting, attempting to get the grape material undamaged into the cellar. Winegrowers are now hoping for stable, dry autumn weather in the weeks to come.