Viticulture in the big city? Often these are showcase vineyards, nothing more than a tourist attraction. But Vienna is different. Here the city’s 637 hectares of vineyards embody an important economic factor, aid in preservation of the belt of green that girdles the city, and provide the basis for first-rate wines. Vienna’s vinous specialty – the “Wiener Gemischter Satz” – was received into the Austrian DAC family in 2013, and since then has solidified its position as the symbol of Viennese wine.

In the late Middle Ages, vines were still growing within the city walls in what is now the First District of Vienna. Today, the focus of viticulture lies in the suburbs at the edge of town: vineyards on Bisamberg north of the Danube – cultivated by winegrowers from Strebersdorf, Stammersdorf and Jedlersdorf – provide a favourable environment for the Pinot family. From Ottakring via Hernals up to Pötzleinsdorf – and especially in the 19th District in Heiligenstadt, Nussdorf, Grinzing, Sievering and Neustift am Walde – Riesling, Chardonnay and Weissburgunder are the varieties of choice for planting in the varied limestone-rich soils. The top vineyard Nussberg has been rediscovered, a site that almost magically attracts young, imaginative winegrowers from all the districts of the great wine town, including some career-changers. In the south of Vienna – Rodaun, Mauer and Oberlaa – you can find rendzina, as well as earth and black earth soils, good for powerful white wines and opulent red wine cuvées.

The Gemischter Satz has always been popoular in the unique Viennese „Heuriger“ wine taverns, whose appeal endures to this day. Whether a year-round “noble” Heuriger with a large buffet or a small, secluded Buschenschank in the middle of the vineyards that’s only open for a few weeks each year – they are all great magnets for visitors, for residents and tourists alike. Due to its outstanding cultural importance, Vienna’s Heurigen culture was even included in the national UNESCO index of intangible cultural heritage in Austria in 2019.

In order for Vienna’s vineyards to be preserved and protected as natural and cultural landscapes for the future, a Viennese state law stipulates that vineyards in Vienna must be cultivated, and thus protects valuable vineyard sites from real estate speculation. 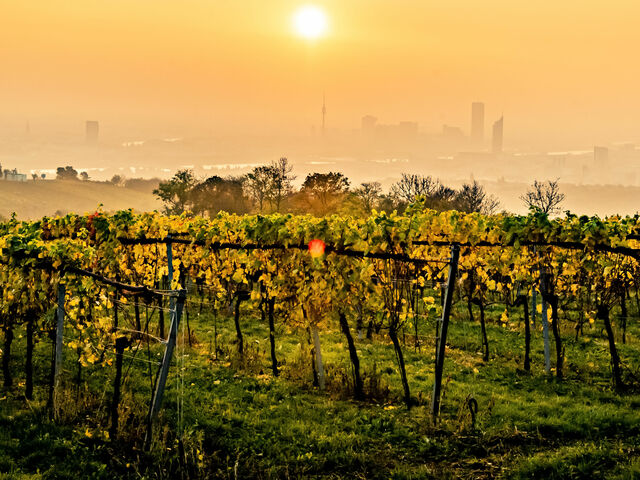 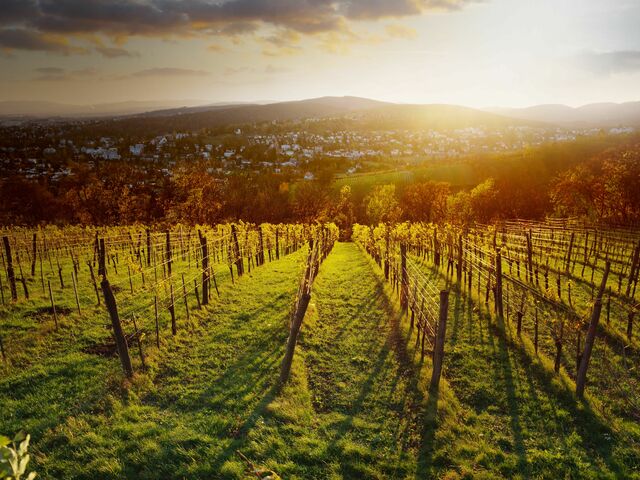 Wiener Gemischter Satz DAC
(as of the 2013 vintage)

Gemischter Satz: The grapes must come from a Viennese vineyard planted with at least three white Qualitätswein varieties that are then harvested and vinified together; the greatest proportion of a grape variety must not be higher than 50%, the third largest proportion must be at least 10%.

The vineyards on the Bisamberg and in Döbling, Dornbach and Ottakring lie upon solid rock of Penninian flysch and scaled coloured marl, as well as on marine perimeter sediments of the Neogene period Vienna Basin.

The flysch is partly calcareous in nature, and partly quartz-rich sandstone with layers of marl and clay. Deposits at the basin’s rim consist locally of solid limestone (Leithakalk) and partly of loose, but mostly coarse, sandy-gravelly (less frequently marly) rocks, which were deposited about 16–12 million years ago. The subsoil of the vineyards in Mauer and Kalksburg is formed by perimeter sediments of the Vienna Basin, which, due to the influence of rivers and debris-flows from the Vienna Woods, can be sandy-gravelly or solidified as conglomerates and breccias.

The vineyards in Stammersdorf, on the Hungerberg and in Oberlaa are formed upon terraces of old Danube River strata composed of quartz-rich gravel with a loamy top layer and a foundation composed mostly of gravelly-sandy or finely grained sediments of the Vienna Basin, called Tegel.

When one thinks of Wiener Gemischter Satz, a hearty wine tavern meal automatically comes to mind. This is not necessarily incorrect, because the fresh, classic version continues to provide inspiration in a rustic context, from cold platters to pasta with ham and cheese, meat patties and crispy roast pork. The elegant elite wines from top estates, however, display adequate style to accompany sophisticated cuisine and Asian or Mediterranean classics as well.