Only 639 hectares are planted to the vine in Weststeiermark, but the winegrowing families cultivate them diligently to create an astonishing variety of products: polished white wines from numerous grape varieties as well as the undisputed leading character of the region: the racy Schilcher with lively acidity. This unique terroir-rosé is vinified from the regionally predominant vine Blauer Wildbacher, and has become internationally recognised as a regional specialty.

The smallest winegrowing region in Steiermark is ancient wine country, in which Illyrians, Celts – and later, the Romans – all cultivated the vine. The vineyards stretch out in a long and narrow band up to 600 metres above sea level on the foothills of the Koralpe Range and the Reinischkogel, southward down to the Slovenian border.

This particular topography experiences powerful warming during the day, protecting vines against harsh winds. Steep slopes to climb (dotted with picturesque little cellarhouses) and deep valleys to be crossed mark the path, travelling from Ligist in the north via Sankt Stefan ob Stainz to Deutschlandsberg and Eibiswald. Side visits to wine villages like Greisdorf, Gundersdorf, Wildbach or Wies bring impressive perspectives – in terms of the panorama as well as of their wines. Also particular to the region and rather unusual: the stone formations composed of old gneisses and mica schist, along with what is known as the Illyrian climate, which features southern European and Mediterranean influences, with relatively high rainfall.

The interplay of all these elements also explains the distinctive character of the style of wine one encounters here at every turn. Weststeiermark is classic Schilcher territory, because Blauer Wildbacher – an ancient grape variety that grows in the majority of the vineyards – serves as the basis for the pink-hued wine and its remarkable success story. Originally a rustic country wine with aggressive acidity, it was transformed into a highly prized wine of distinction thanks to continuous quality improvements under the hands of ambitious winegrowers, impressive for its red berry notes (from strawberry to raspberry) and a refreshingly animating acidity.

Not to be underestimated are the rare red variations, as well as sparkling and sweet wines vinified from the Blauer Wildbacher, which enrich Austrian wine country with their individualistic styles. However, they will state their origin as “Steiermark” on the label.

Schilcher is also a key success factor in terms of wine tourism. The wine’s distinctive character makes it an authentic ambassador for one of the most unspoiled and strikingly beautiful wine landscapes in Europe. 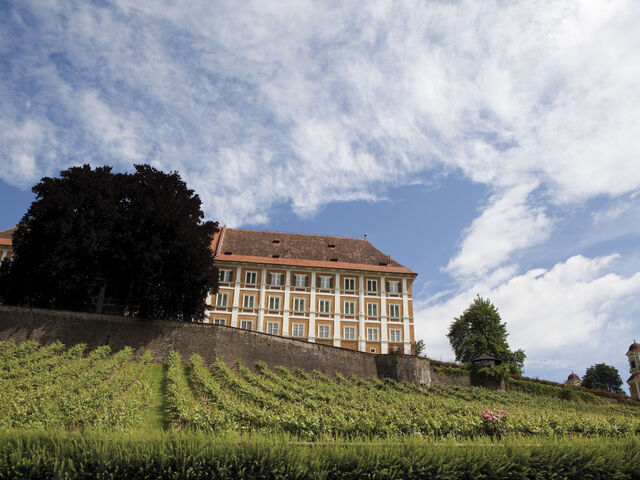 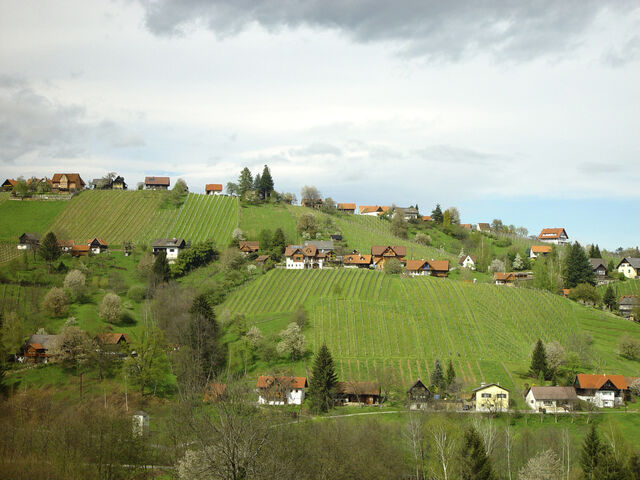 Weststeiermark DAC
(AS OF THE 2018 VINTAGE)

The majority of the vineyards are situated on mostly acidic, crystalline hard rock of the Eastern Alpine unit, and towards the east on partly coarse and mostly loose stone from the Styrian Basin. The so-called Schwanberger block rubble (with cubic-metre-sized blocks of crystalline stone) reaches in channels far into the Koralpe Range and supports the vineyards around Sankt Stefan, Wildbach and Schwanberg. Another formation on the perimeter of the basin consists of greenish sands deposited by rivers, which modulate into finely grained, sandy-clay Florian beds towards the interior of the basin. These were deposited in the shallow Paratethys Sea about 16 million years ago. The crystalline hard rock consists of hard plate gneiss, variable and partly pegmatitic gneisses and matrix rock, as well as granitic mica schist and less frequently amphibolites and marble.

The white wines of Weststeiermark and the region’s marquee player Schilcher are traditionally enjoyed with dishes of local origin. They deftly freshen up the cold Buschenschank platter of ham, bacon, cheeses and spreads with their acidity. Schilcher is also ideal as a companion to Styrian fried chicken: the crispy breading calls invitingly for its powerful piquancy and intense fruitiness. But with Schilcher, one can also wander far into the distance with an Indian lamb biryani. And the wine is even more at home further east; in Japan it is considered an insider tip for sushi, with salmon and its roe or – rarely found here – with sardines.