For many years now, archaeologists have been presenting evidence of ancient Roman culture, coming to light within the historic area of Carnuntum. But the viticultural treasures produced from its approximately 836 hectares of vineyards are equally as impressive, especially for regionally typical red wines from Zweigelt and Blaufränkisch. Chardonnay, Weissburgunder and Grüner Veltliner also produce DAC white wines of impressive character in Carnuntum.

The winegrowing region Carnuntum reaches eastward from Vienna to Austria’s border with Slovakia. The vineyards spread out south of the Danube across three hilly landscapes: the Leitha Range, the Arbesthaler Hills and the Hainburger Mountains. Named after the Roman military installation and the civilian/administrative city that grew around it, Carnuntum offers ideal conditions for viticulture with its heavy loam and loess soils, as well as with some sandy-gravelly vineyard sites.

The Pannonian climate with its hot summers and cold winters, the nearby Danube River and temperature-regulating Lake Neusiedl harmonise together in allowing grapes to ripen fully. A young generation of winegrowers has been able to harness this natural potential and, within a short space of time, lead the region to excellence: especially with attractive red wines that marry fruit and elegance. Modern in style, but remaining distinctive and committed to the expression of their origins.

In 2019, Carnuntum was finally granted DAC status. Consequently, only wines that express regional typicity and a clear sense of their origins may bear the name of the winegrowing region on the label. Carnuntum will henceforth adopt the three-level pyramid of origins: Gebietswein (regional wine), Ortswein (villages wine) and Riedenwein (single-vineyard wine). Zweigelt and Blaufränkisch, the latter focussed on the Spitzerberg in the east, distinguish themselves particularly among the red varieties. Cuvées may contain up to a third of other red Qualtitätswein grape varieties, such as Sankt Laurent, Cabernet Sauvignon or Merlot.

Carnuntum DAC also proves a consistent source for well-structured and robust white wines: Chardonnay, Weissburgunder and Grüner Veltliner are the designated white DAC varieties. As with DAC reds, white cuvées may contain up to a third of other white Qualitätswein grape varieties.

All wines that do not fall into the typical Carnuntum DAC profile of origins are released to the market with the designation of origin “Niederösterreich”.

The region’s strategic orientation with respect to tourism is every bit as progressive as the wines, which will prove an essential factor in promoting wine sales. The proximity of the gloriously restored Marchfeld palaces, the interactive Carnuntum Archaeological Park, the Donau-Auen National Park – and last but not least the catchment area of the Slovak capital Bratislava – open up numerous opportunities to acquaint visitors and guests with the manifold excellence of Carnuntum’s wines.

Wine villages such as Göttlesbrunn, Höflein or Prellenkirchen – also known for their numerous cozy traditional wine taverns (the local Buschenschank) – have always been attractive for day-trippers, especially because of the proximity to Vienna, and the hospitality industry is making great strides in popularity. In Carnuntum, wines typical to the region are at the top of the wine lists, as they offer an excellent match for the local cuisine. 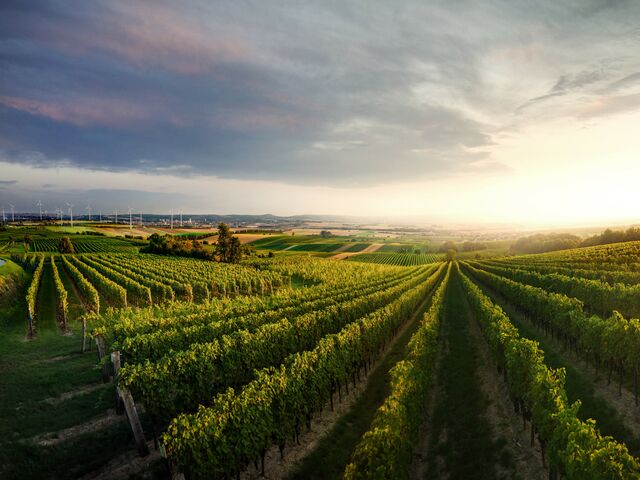 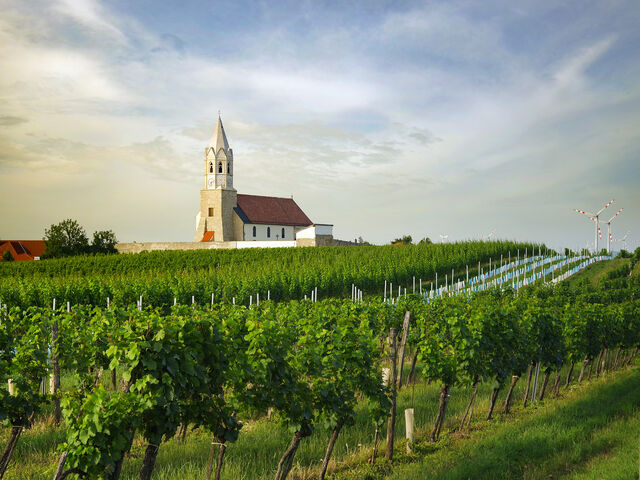 System of origins for Carnuntum DAC

Between the Leitha Range and the Hainburger Mountains, vineyards are growing upon deposits from the Paratethys Sea and Lake Pannon, while in the Arbesthaler Hills and around Prellenkirchen vines are planted on glacial terrace gravels, the erstwhile valley floors of the Danube River.

The sedimentary deposits of the sea and the lake consist of various loose, sandy-marly or silty-argillaceous (less frequently gravelly) sediments with variable carbonate content. The deposits of the Danube terraces are quartz-rich, sandy-pebbly gravels. They all feature expansive cover areas of limestony-dolomitic, silty loess or slightly argillaceous, frequently decalcified loessic loam.

On the rim of the Leitha Range, Leitha limestone came into being about 16 million years ago as a fringe formation of the sea in the Vienna Basin. Vineyards grow on Leitha limestone at Hof and on the Ungerberg.

In the Hainburger Mountains, the deepest, innermost core is formed from a granite, which penetrated into existing gneisses and today supports the high-elevation vineyards of Berg. Upon it lie limestony-dolomitic carbonate rocks of the Mesozoic era. These form the rock faces above Hundsheim and the hills of the Spitzerberg.

Carnuntum DAC wines prove to be versatile companions to fine dining, ranging from traditional Austrian to adventuresome international cuisine. The white wines – with their attractive balance between body and structure – are ideal companions for more authoritative vegetarian preparations, fish dishes and a variety of pasta possibilities, whether it be pasta al pesto, spaghetti alla carbonara or the Austrian favourite Schinkenfleckerl (a native shape, with ham and onions, often baked with cream or cheese). And of course the red wines from Zweigelt and Blaufränkisch make formidable accompanists for meat dishes of all kinds: from the classic Zwiebelrostbraten to the delicate ‘low and slow’ BBQ, to a perfectly grilled steak.