Niederösterreich (Lower Austria) is Austria’s largest winegrowing region for Qualitätswein. Under its name are gathered an abundant variety of wine cultures, ranging from vinous stylings of local varietal rarities to distinctive interpretations of international types. The eight specified winegrowing regions located in Niederösterreich – with sonorous names such as Wachau in the west and Carnuntum to the east – can be roughly divided into three climate zones: the Weinviertel in the north, the Danube River Region with its side valleys (Traisen, Kamp and Krems) west of Vienna, and Pannonian Niederösterreich to the southeast.

The vast Weinviertel made headlines in 2003, when it was the first winegrowing region in Austria to decide upon exclusively marketing its most regionally typical wine under the name of the region, namely its marquee player, the peppery Grüner Veltliner. Since then, the name Weinviertel DAC on the label guarantees peppery-spicy, refreshing Grüner Veltliner in the glass, plus robust reserve wines starting with the 2009 vintage. The entire (very) diverse varietal palette of refreshing white wines, fruit-forward reds and even sweet wine specialties from the Weinviertel can be found labelled with the designation of origin “Niederösterreich”.

Along the Danube from Melk to Klosterneuburg, and along its tributary rivers Krems, Traisen and Kamp, one finds delightful wine villages threaded like a string of pearls. Here, Riesling has positioned itself as a flagship variety alongside Grüner Veltliner. These two standouts express their typical characteristics as Kremstal DAC , Kamptal DAC and Traisental DAC . The steep crystalline slopes of the Wachau Valley metamorphose into loess terraces in the eastern part of the neighbouring Kremstal, which influence the character of the wines in the Traisental and Kamptal to a certain extent – and then especially in the Wagram, where in addition to the Grüner Veltliner, Roter Veltliner became a significant factor in the proceedings. In the Kamptal, especially on the Heiligenstein, one finds conglomerates and limestone-free soils, which give the wines their distinctive character. Specialties such as Weissburgunder and Chardonnay – but also elegant red wines – from this part of Niederösterreich round out the colourful picture.

In Pannonian Niederösterreich, south and east of Vienna, some of Austria's most outstanding red wines are grown, with Zweigelt and Blaufränkisch in Carnuntum forming the basis for DAC wines of robust character. Regionally typical white wines come into play here once again, vinified from Chardonnay, Weissburgunder or Grüner Veltliner. In the Thermenregion, Pinot Noir and Sankt Laurent set the tone for red wine. The white varieties Zierfandler and Rotgipfler are indigenous specialties that are found almost exclusively in this area. 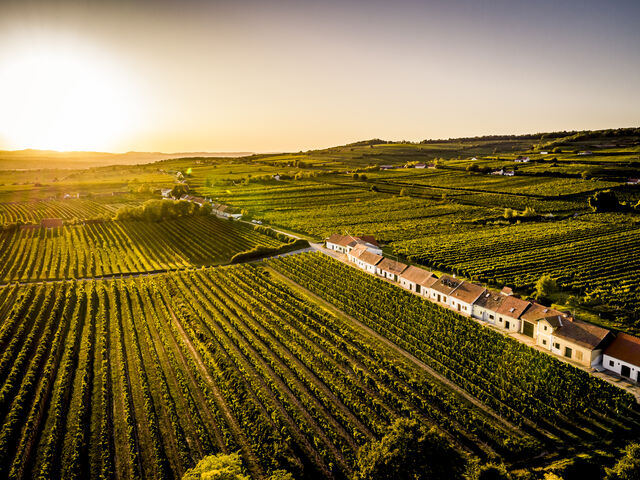 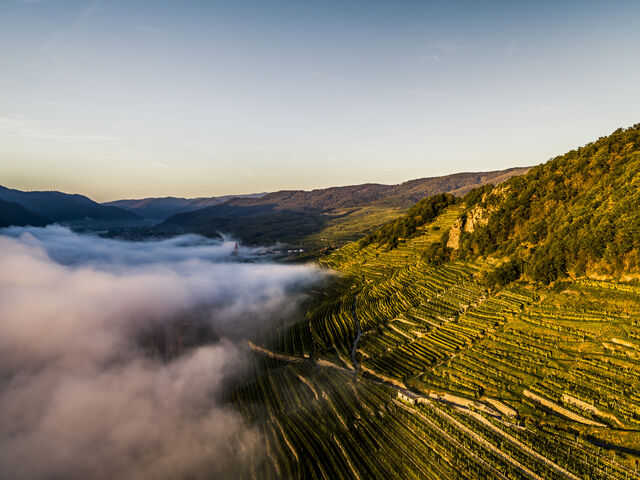 Niederösterreich grew out of several major geological units: the Moldanubicum, the Moravic zone, the Molasse basin, the Vienna basin, the Weinviertel hill country, the Flysch zone, the Northern Limestone Alps and the Central Eastern Alps. Quaternary deposits, especially the fine-grained loess and coarse-grained terrace gravels so conducive to viticulture, are spread across all major units.

Loess provides the base material for the deep soil in about half of the vineyards, calcareous-dolomitic in varying proportions. Neogene deposits in the Molasse basin and the Vienna basin support about one third of the vineyards. Apart from locally formed marl and sandstones, conglomerates and Leitha limestone, loose rock is dominant here. Compositions vary from argillaceous silt over sand to gravel and pebbles in all conceivable mixtures, and can also differ greatly in terms of their carbonate content.

Just over 6%t of the vineyards grow in soils lying upon the crystalline rock of the Bohemian Massif. Acid gneiss, granite and granulite predominate. Especially in the consistency of the often schistic paragneisses, one encounters frequent alternation between amphibolite beds and less prevalent layers of marble. One special feature is present in the remnants from the initial erosion of the erstwhile high mountains, preserved in the so-called Zöbing formation from the Paleozoic era.