The winegrowing region Rosalia is situated on the eastern slope of the Rosalia Range, which extends along the border between Niederösterreich and Burgenland. A Pannonian climate and all kinds of loam soil offer perfect conditions for growing Blaufränkisch and Zweigelt, the region’s two most prominent grape varieties.

“Promoted” in 2018 from a Grosslage (large collective vineyard site) to a winegrowing region, Rosalia can look back on a long tradition of viticulture: Celtic tribes recognised the region's potential for growing the vine more than 2500 years ago. The combination of the Pannonian climate and “geologically young” deposits from a primordial ocean favours winegrowing. The grapes in Rosalia absorb all the energy of Burgenland's sun during the day and cool down again in the evening due to their proximity to the foothills of the Alps. Today, 297 hectares of agricultural land are planted with grapevines, providing the basis for powerful, spicy red wines and fruity rosé wines rich in finesse.

Blaufränkisch is the undisputed leader among the grape varieties in Rosalia: it grows on 60% of the area under vines, followed by Zweigelt. As of the 2018 vintage, regionally typical red wines with the designation of origin Rosalia DAC may be vinified from these two grape varieties. The medium heavy soils yield powerful wines that exhibit fruit, spice and great finesse – the regionally typical profile. In addition to the reds, rosé wines also play an important role. Here, not only the region’s star grape varieties are utilised, but other more common red wine grapes are also blended, provided they are Qualitätswein varieties. The result, the Rosalia DAC Rosé, is fruity and fresh, but also spicy – typical of the region.

In addition, Rosalia’s vast and unspoiled tracts of land – some of which form the Rosalia-Kogelberg Nature Park, offer a home to rare types of fruit, strawberries and sweet chestnuts; and do so in close proximity to Burgenland’s state capital Eisenstadt, offering significant potential for tourism. 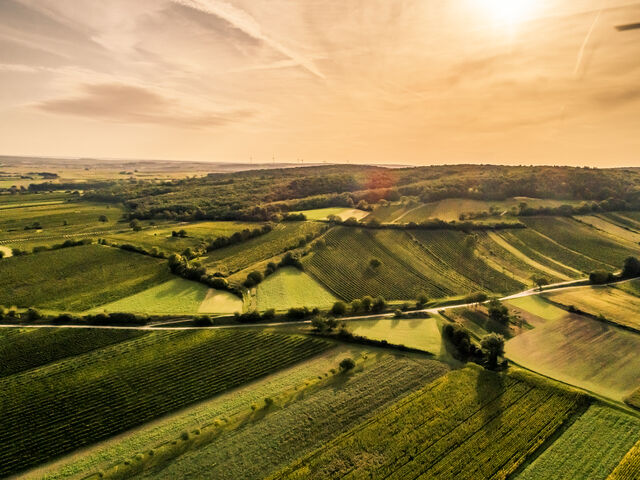 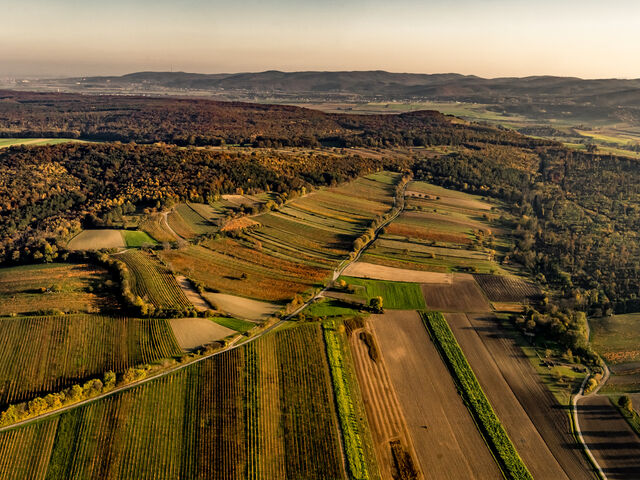 Labelling: Indication of origin (incl. DAC) must be shown on the front label (if no back label is available). The indication of a vineyard site (Ried) is only permitted for Rosalia DAC Reserve and Rosalia DAC Rosé.

The southwestern part of the region is composed of crystalline rock, followed toward the northeast by increasingly younger Neogene sediments of the Vienna Basin. The sequence begins with coarse blocks in sandy-loamy binder, which are overlaid by argillaceous and silty subordinate gravelly sands; vineyards south and west of Mattersburg and in the neighbourhood of Drassburg grow on these soils. The deep-soil vineyards of Walbersdorf, from the Marzer Kogel and almost to Schattendorf, also rest on these deposits of the ancient sea that washed around the edge of the Rosalia Range some 16–12 million years ago. Towards the north and northeast there is a strip of somewhat younger – again mostly sandy – deposits, and upon them geologically younger sandy sediments, which represent deposits from the primordial Lake Pannon. The vineyards of Pöttelsdorf, Sigless, Bad Sauerbrunn and those north of Antau grow in these soils.

The powerful, spicy character of the regionally typical red wines renders them ideal as companions for dark meat dishes. For boiled or stewed beef, fruity and medium-weight Rosalia DAC is recommended, while Rosalia DAC Reserve fully shows its strengths with more flavour-intensive preparation methods, as well as more assertive types of meat such as lamb and wild game.