A red wine variety plays the leading role on the 2,041 hectares of vineyards in the winegrowing region Mittelburgenland: Blaufränkisch, which articulates its origins in ideal fashion as DAC wine. Four municipalities set the tone: Deutschkreutz, Horitschon, Lutzmannsburg and Neckenmarkt. Since this is the most important growing region in Austria for this variety, and because the variety is the most important one for the region, Mittelburgenland has also become known as “Blaufränkischland”.

If one drives through the town of Sieggraben, southwest of Lake Neusiedl, and proceeds down towards the Hungarian border, the route will lead into the epicentre of Austrian red wine culture. The initial impression of the viticultural landscape, with its densely forested slopes, makes it hard to believe that the influence of Lake Neusiedl is also quite significant here. In the late 1970s and early 1980s, red wines with a clear expression of regional identity were vinified here for the first time. Blaufränkisch remains to this day the motive force behind the great upswing.

With the Blaufränkisch vine it has been possible to create a red wine that is unmistakable in its character and typical of the region, one that has also enjoyed DAC status on three levels since 2005: Mittelburgenland DAC , Mittelburgenland DAC with vineyard (Ried) designation and Mittelburgenland DAC Reserve. In youth, the wines have a dark, purple-violet colour and exude a characteristic, spicy, very fruity bouquet of wild berries. They show structure and great breeding, becoming more complex and supple with appropriate cellaring.

The major strongholds of Blaufränkisch are the communities of Deutschkreutz, Horitschon, Neckenmarkt and Lutzmannsburg. From a geologic point of view, Mittelburgenland is identical to the Oberpullendorfer Basin. The vineyards are protected by the hills of the “Bucklige Welt” to the west, the Ödenburg Mountains in the north and the Günser Mountains in the south, while at least 300 annual days of sunshine coupled with precipitation of only some 600mm a year also guarantee ideal climatic conditions for growing Blaufränkisch. Warm, dry winds can flow in freely from the Pannonian lowlands to the east. The heavy, deep clay soils of Horitschon with their great water storage capacity are ideal for Blaufränkisch, but also for Zweigelt, Cabernet Sauvignon and Merlot, imparting power and structure. In some places, gneiss, crystalline schists and mica soils can be found on the upper inclines, while isolated sections with limestone even appear on the lower slopes. Here, lighter soils with sandy loam and limestone subsoil are predominant.

Mittelburgenland has also become an attractive destination for tourists, not least due to the thermal springs, which have literally shot up out of the ground in recent years. A colourful range of leisure activities for visitors of all ages is another attractive feature of this hospitable region. 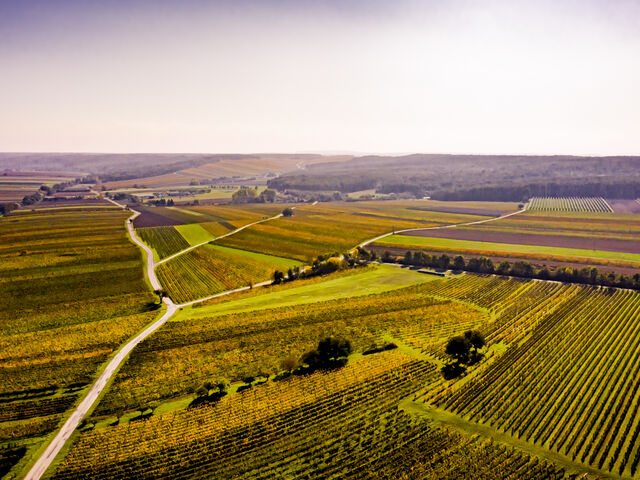 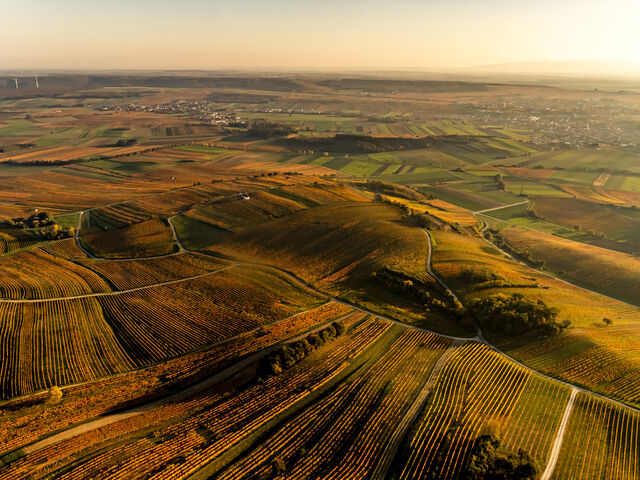 MITTELBURGENLAND DAC
(AS OF THE 2005 VINTAGE)

Labelling: Indication of origin (incl. DAC) must be displayed on the front label, when no back label is available.

On the southern slopes of the Ödenburg Mountains, vines grow on hard rock of the Eastern Alpine unit, on acidic schists, paragneiss and coarse gneiss. Towards the basin a blanket of coarse, crystalline gravels evolves, which in turn is overlaid with loose, partly weakly-consolidated quartz-rich sands. They are part of the marine development of the interior Alpine Basin on the eastern edge of the Alps, which began about 16 million years ago. At the same time, Leitha limestone developed in the vicinity of Neckenmarkt and Ritzing. Toward the southeast into the basin, the sediments become increasingly fine-grained, transitioning to silty-argillaceous and almost purely argillaceous deposits, such as are only encountered in Mittelburgenland. These fine deposits exhibit a highly variable carbonate content; they can also be completely free of limestone, incorporating local enrichments of a ferric nature in the form of argillaceous iron and limonite nodules. Strata of gravel occur within these sediments, but also as a top layer, selvages of Pleistocene-period terrace remnants. In the easternmost part of the winegrowing region, most of the vineyards grow on loess and powdery loam, which in turn lie on terrace gravels or on finely grained sedimentation from Lake Pannon.

With its racy berry bouquet, the Mittelburgenland DAC is a wonderful wine to accompany powerfully flavoured meat dishes such as steaks, lamb chops or roasted calf’s liver – and especially for elegant, delicately roasted game dishes. Special effects can be achieved with spicy classics of Viennese cuisine such as roast beef with onions, a hearty Szegediner goulash or the traditional St Martin’s goose.