Southernmost Burgenland is home to the federal state’s most primal viticultural landscape, running from Rechnitz in the north, southward toward Güssing, with an area under vines of some 515 hectares in total. The regionally authentic red wines, especially from Blaufränkisch with the protected designation of origin “ Eisenberg DAC ”, are characterised by a particularly vivid mineral spice. Elegant, savoury white wines provide a regional accent, as does the rustic local specialty “Uhudler”.

Wine production in Eisenberg typically provides a study in contrasts; here one finds mostly growers with wine as their secondary occupation, alongside fewer larger operations cultivating the small area under vines. A large part of the production is sold in the region’s numerous traditional wine taverns. It is no exaggeration that the region has christened itself as a “wine-idyll”. This is where the continental and Mediterranean climates meet, and the East transitions to the South; landscapes, climates and cultures blend into a unique amalgam, quiet and sometimes insular.

Above all, the Eisenberg hill – for which the region is named – has great historic significance and joins Deutsch Schützen Weinberg as the viticultural centre of the region. Christened after the region’s most distinctive acclivity, the red wines of southern Burgenland have always been referred to as “Eisenberger”, and with this one, has always thought of mineral-driven, earthy Blaufränkisch with its own distinctive piquancy, which does not appear anywhere else in this fashion.

On the steep slopes one finds primarily schist soils that yield wines with crystal clear expressions of fruit and a palpable element of minerality. At the foot of the slopes, the soils are deeper, with highly ferrous clay, which provides earthy wines with a fascinating tannin structure.

Regionally typical Blaufränkisch in the Eisenberg region are marketed as of the 2009 vintage under the designation “ Eisenberg DAC ” (“ Eisenberg DAC Reserve” with the 2008s). Spicy minerality is the characteristic feature of classic Eisenberg DAC . Together with a fruit-driven, refreshing varietal bouquet of cherries, sour cherries and blackberries, possessing an elegant structure that is not overpowering, charming tannins and refreshing acidity, these wines display all the attractive characteristics of their origins. Later-harvested Blaufränkisch or wines from the warmer sites develop concentration and power (at least 13% vol.) and therefore require a longer period of aging to become well-rounded and balanced. They are designated “Reserve” and mature in large or small wooden casks.

In the neighbourhood of Rechnitz to the north and Moschendorf in the south, particularly fruity and lively Welschriesling and Weissburgunder are produced under the designation of origin “Burgenland”. Also on the Csaterberg near Kohfidisch and along the Pinka Valley Wine Trail from the Wintener Weinberg through the vineyards of Kulm and Gaas, one finds beautifully idyllic surroundings with many little cellarhouses offering interesting wines. In the extreme south around Heiligenbrunn and Moschendorf, one encounters the Uhudler, a distinctive wine specialty, which is pressed from direct-bearing hybrids and has many fans for its aroma of wild strawberries.

Although the region is still an insider tip, far away from overcrowded wine centres, the landscape of thermal springs, the festival at Güssing Castle and the dreamy landscape steadily attract more and more tourists, without ever destroying the idyllic ambience of the region. 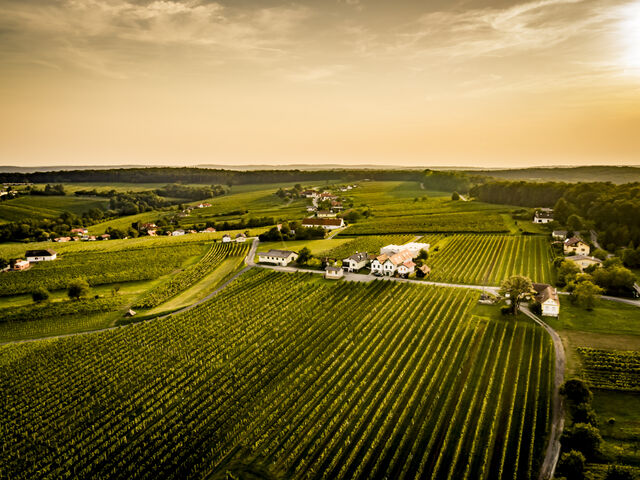 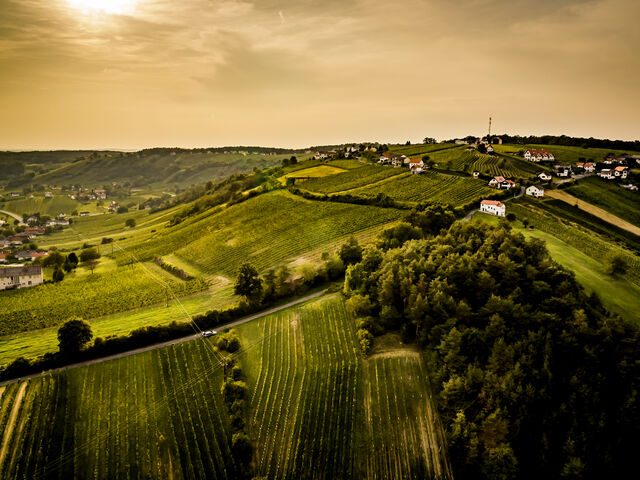 Labelling: Designation of origin (incl. “DAC”) is to be shown on the front label (if there is no back label).

The greater part of the vineyards stands on loose, mostly silty but also sandy or gritty, young marine and alluvial deposits of the Styrian Basin, which merges into the Pannonian Basin to the east. They are not only extremely variable in grain size but also in the carbonate content of their limestone and dolomite components.

In the northern and middle part of the winegrowing region, on the southern slope of the Günser Range and in the area around Hannersdorf, Königsberg, Eisenberg and Csater Berg, the vines are rooted on various rocks of the Paleozic and Mesozoic eras. Among them are calciphyllite, green schist and serpentinite of the Penninic geological unit of the Alps. Similar rocks to those in the area of Rechnitz and on the Eisenberg also form Austria’s tallest peak, the Grossglockner. As an additional special feature, freshwater opals can be found in the vineyards of the Csater Berg. The vines on Hannersberg and Königsberg are rooted in soils made of solid rock such as dolomite and limestony and argillaceous schists, which are older than the Penninicum and belong to the Eastern Alpine unit of the Alps.

Thanks to its refreshing acidity and charming tannins, the Eisenberg DAC (preferably slightly chilled) is a gifted companion for numerous culinary applications. The classic Eisenberg DAC , for example, fits perfectly with Austrian all-time favourites such as meat rice with pork or sautéed veal kidneys. More robust dishes such as roast beef with onions find their congenial partner in a slightly mature Reserve – but on the international dance floor, a high-quality Blaufränkisch from Eisenberg can be absolutely marvellous, for example, with delicate and buttery Wagyu.